Cyclic lipopeptides (CLiPs) are metabolites with biosurfactant activity that are produced and secreted by a range of bacterial genera including rhizosphere bacteria belonging to the genus Pseudomonas and Bacillus. They are composed of a hydrophobic fatty acid tail linked with an amphipathic oligopeptide. They have a cyclic structure created by a linkage between a C-terminal peptide residue and either a β-hydroxy fatty acid, a hydroxyl group of the peptide residue, or a β-amino acid. CLPs show a remarkable structural diversity, which can be explained by the fact that they are synthesized by gene clusters that encode for multimodular nonribosomal peptide synthetases (NRPSs). These enzymes recognize, activate, modify and link amino acid building blocks to the product peptide. In this way, unusual non-proteinogenic amino acids can also be incorporated in the peptide. Each module in the NRPS is responsible for recruiting a specific amino acid and is composed of an adenylation domain (A), a thiolation domain (T) and a condensation domain (C). The order of the modules in the NRPS is usually co-linear to the product peptide sequence. NRPSs producing novel CLPs are formed by swapping domains or modules.

CLPs of Bacillus and Pseudomonas show an enormous functional diversity. They are implicated in motility and attachment to surfaces, including the formation of biofilms and they show growth inhibitory activities against a broad range of micro-organisms. Moreover, they play an important role in the interaction with plants, either as inducers of systemic resistance or as phytotoxins contributing to plant pathogenesis. They can have other functions, e.g. in the chelation of metal ions and the degradation of xenobiotics. Because of this functional diversity, CLPs have attracted attention for possible applications in medicine (novel antibiotics and anticancer treatments), agronomy and plant protection (biocontrol of plant diseases), and environmental sanitation (bioremediation of polluted soils).

Most CLiPs of Bacillus can be classified into three families: surfactins, fengycins and iturins. Beneficial Bacillus isolates that are associated with the rhizosphere of plants usually belong to the Bacillus subtilis group or to the closely related genus Paenibacillus.

CLiPs of Pseudomonas bacteria may be viewed as structurally more diverse when considering the length and composition of the peptide. Some CLiPs are exclusive to some taxonomic groups, while others, such as WLIP are produced by isolates belonging to both the P. putida group and P. fluorescens complex. For WLIP it was shown by the De Mot group that distinct biosynthetic gene clusters have evolved in different Pseudomonas species to produce this CLiP. Simultaneous production of two families of CLiPs does occur, but is relatively rare. 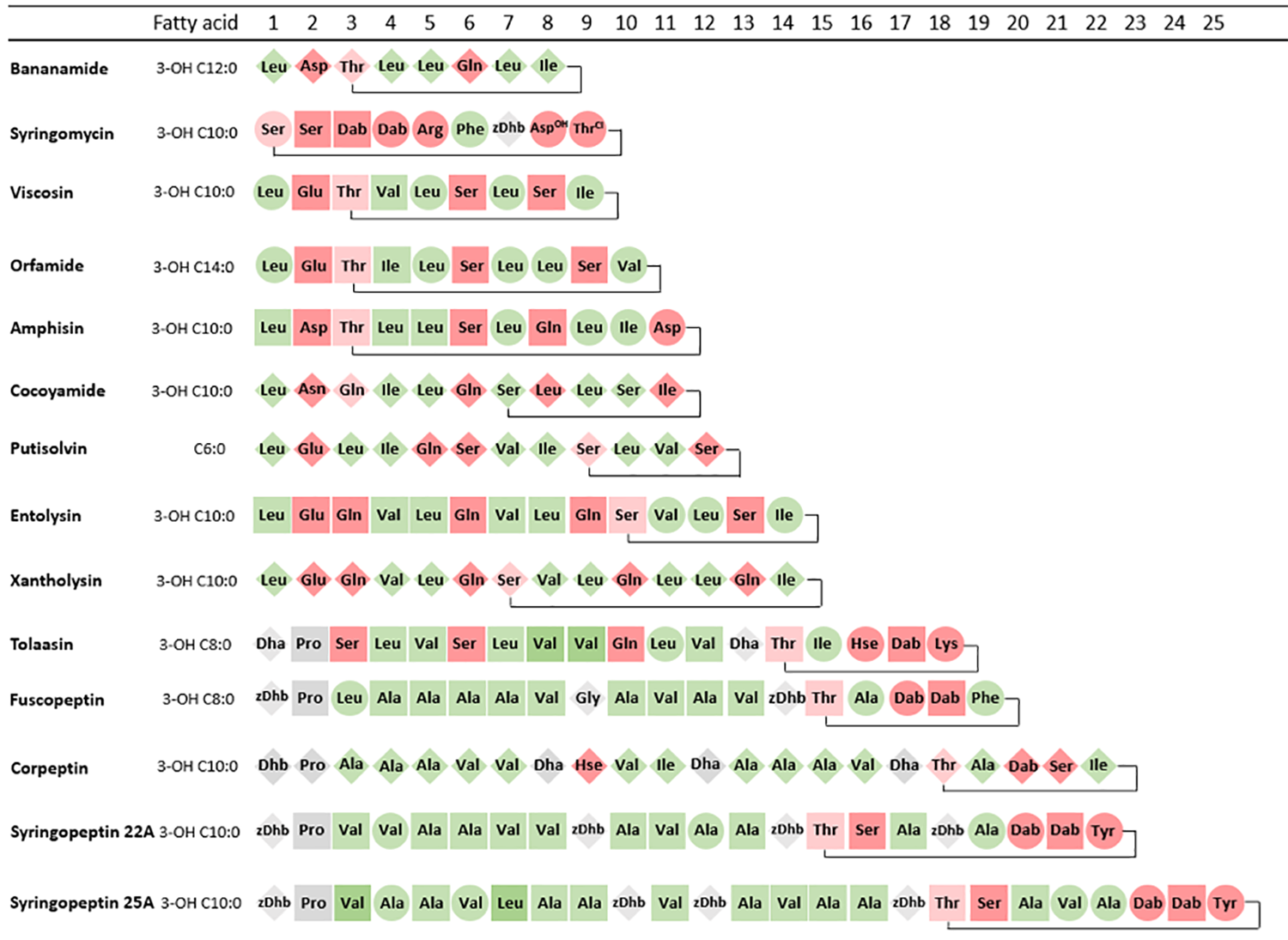