Centre of microbial and plant genetics

Centre of Microbial and Plant Genetics

The De Mot group is part of the Centre of Microbial and Plant Genetics (CMPG) in the Department of Microbial and Molecular Systems (M2S) at the Faculty of Bioscience Engineering of KU Leuven. The research group has previously studied different aspects of interactions of non-pathogenic Pseudomonas with plant roots, e.g. cell envelope (outer membrane proteins) and signaling (chemotaxis) as root colonization factors, as well as other determinants of rhizosphere competence revealed by in vivo expression technology (IVET).

Current research in the De Mot group explores antagonistic interactions among Pseudomonas as well as interference competition between Pseudomonas and other bacteria. The main focus lies on interactions mediated by either ribosomally synthesized molecules (bacteriocins) or non-ribosomally synthesized metabolites, to acquire insight in their structure, biosynthesis, genetics and mode of action.

The foregoing molecules were retrieved from strains in the CMPG collection of Pseudomonas, isolated from the rhizosphere of wheat, maize, rice and banana.

In addition, the research group has investigated molecular mechanisms involved in biodegradation of agrochemicals (herbicides, insecticides) by other soil-dwelling bacteria (Aminobacter, Sphingomonas, Variovorax, Rhodococcus) in a long-standing collaboration with Prof. D. Springael of the Department of Earth and Environmental Sciences at KU Leuven. 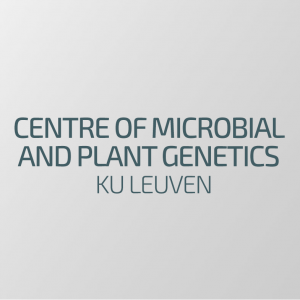